Dr. Gustavo Alva is the Medical Director of ATP Clinical Research. He joined us on the Health Channel’s Doctor Q & A to discuss Parkinson’s Disease and the incidence of Psychosis. What is it? What are the symptoms? Is there a treatment?

Transcript
In an episode of Doctor Q & A on the Health Channel, Dr. Gustavo Alva answers questions about psychosis and Parkinson’s disease. Dr. Alva is the Medical Director of ATP Clinical Research at Costa Mesa in Anaheim, California. He collaborates with specific neuropsychiatric specialists in Orange County, and he is the assistant professor for the department of neuroscience at the University of California Riverside. He is also a visiting professor in the psychiatry international program of the Universidad Autónoma de Guadalajara, School of Medicine in Jalisco, Mexico. He has authored numerous articles on the subject of psychosis, and he is a member of the American Board of Forensic Medicine, the California Psychiatric Association, and the American Medical Association.
The first question the interviewer asks Dr. Alva is, what exactly is Parkinson’s disease psychosis? Dr. Alva replies that Parkinson’s disease psychosis is a mental illness in which individuals with Parkinson’s disease experience hallucinations and delusions. Parkinson’s disease affects about 1 million people in the United States and the symptoms associated with it can be both motor and non-motor. Most people understand Parkinson’s disease to be a movement disorder in which movement becomes slow, rigid, stiff, and you develop a stooped gait. Oftentimes, people do not recognize that there are non-motor symptoms associated with this condition as well, such as constipation or impaired bladder control. There can also be mental symptoms as well such as depression, loss of mental sharpness, or psychosis symptoms such as hallucinations and delusions.
Treatment begins at raising awareness that Parkinson’s disease psychosis even exists. Dr. Alva talks about a storytelling awareness campaign he is working on called Yours Truly. Yours Truly aims to be a multicultural storytelling campaign to bring greater awareness and understanding of the varied experiences of the non-motor symptoms that are associated with Parkinson’s disease. Dr. Alva explains that the best way of countering a problem is to be educated about it. One out of two people with Parkinson’s disease will develop psychosis but, oftentimes, they are either embarrassed or scared about sharing the symptoms that they are experiencing because they think that they might have something else beyond their Parkinson’s disease. “So, what we are hoping to accomplish through this campaign and this website, called YoursTrulypdp.com, is an opportunity for stories to be shared from the Parkinson’s disease community to provide greater visibility as well as give access to bilingual educational resources from advocacy organizations across the United States,” Dr. Alva states.
The incidence of Parkinson’s disease increases with age. It is estimated that about four percent of people with Parkinson’s are diagnosed before they turn 50. The interviewer asks Dr. Alva, what are some of the early warning signs of Parkinson’s disease and how do those symptoms progress? Dr. Alva explains that Parkinson’s is a neurodegenerative condition in which a section of the brain, called the basal ganglia or the striatal area, will begin to degenerate. Due to this degeneration, the amount of dopamine your brain produces decreases, which causes motor function abnormalities. Even though Parkinson’s disease mainly affects older people, even 20 years before the diagnosis is made, people may notice early symptoms such as constipation, bladder problems, depression, excessive daytime sleepiness, and abnormal dreams.
One of the scariest early symptoms someone can experience are hallucinations. “Imagine you start seeing things and you mistake a tree for an animal, or you hear things that aren’t there, or you feel things, smell things, taste things that aren’t there. Or, you start having these unusual thoughts that people are conspiring against you, stealing from you, or maybe even your spouse is being unfaithful to you,” Dr. Alva describes. These can be very disconcerting and scary symptoms. Therefore Dr. Alva states that it is important to raise awareness for these types of non-motor symptoms that are not always caught early on.
Dr. Alva goes on to suggest that if you experience hallucinations and delusions but have not been diagnosed with Parkinson’s disease, you should still seek out medical help. A healthy brain should not hallucinate. “When we speak about Parkinson’s disease psychosis, these are individuals that have already been diagnosed with Parkinson’s disease and have had Parkinson’s for a while. After developing Parkinson’s, if they start having hallucinations and, or, delusions then, obviously, that would be Parkinson’s psychosis,” Dr. Alva explains.
Hallucinations can occur from many things, including schizophrenia, infections, or medicines interacting with each other in unideal ways. Dr. Alva stresses that there is a distinction between conditions older folks face such as delirium, dementia, and depression versus hallucinations.
The interviewer asks Dr. Alva if there are any effective treatments to counter Parkinson’s disease psychosis? The doctor replies that the best aid someone can get is from a doctor or specialist. Though many people are still unaware of the connection between Parkinson’s disease and psychosis, it is extremely important for people to advocate for themselves and make the people around them aware of their condition to reduce the stigma associated with it. Dr. Alva says that stigma is especially a concern within Hispanic communities. “I happen to be a bilingual, bicultural doctor, and I work across different cultures, and I believe that sharing personal stories about loved ones may increase awareness of the symptoms without necessarily bringing about embarrassment to the family,” Dr. Alva says. He aims to combat this issue of limited resources for Spanish speakers with his website, YoursTrulyPDP.com.
Dr. Alva concludes the interview by offering that, with a condition as serious as Parkinson’s disease psychosis, it is important not to hide or feel ashamed about the experiences of those struggling with it. It is important to voice what concerns may exist and it is important to feel safe seeking out help when it is needed.
Watch the full segment of Dr. Gustavo Alva answering questions about Parkinson’s disease psychosis, here: https://youtu.be/mWz5CG1tOfo 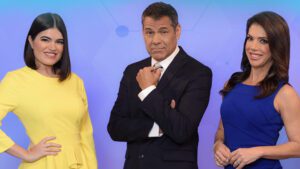 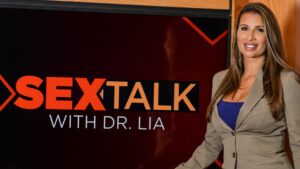 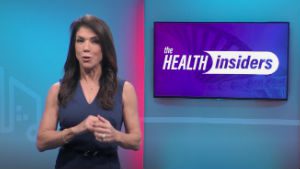 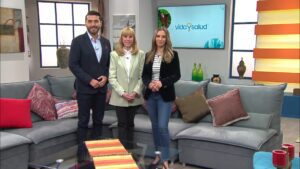